M3 the dark metal (M3〜ソノ黒キ鋼〜, M3〜Sono Kuroki〜Hagane?, lit. M3〜That Black Steel〜)[1] is a 2014 Japanese anime television series created by Satelight. It is directed by Junichi Satō, written by Mari Okada with mechanical designs by Shōji Kawamori. It first aired in Japan on April 21, 2014.

The location where the dark swallowed everything and took everything from us has become known as the Lightless Realm. Born there, as if they were mirror images of the despair and chaos humans felt, were aberrations. They were called Admonitions.

An investigation of the Lightless Realm that eats away at the human psyche.

Can a group of eight boys and girls gathered in an effort to combat the Admonitions see the light of the future beyond the Lightless Realm, while their past destinies and dangerous present intertwine in a complicated web [2]?

The anime was first announced on March 13, 2014 [3]. On March 18, the synopsis, main cast and main staff were revealed. It was announced that it would be Sailor Moon director Junichi Satō, written by Anohana writer, Mari Okada and feature mechanical designs by Macross creator Shōji Kawamori[4] The first preview was uploaded by DAISUKI on March, 21. 2014. The second preview featuring the song ego-izm was uploaded on April 3.[5] 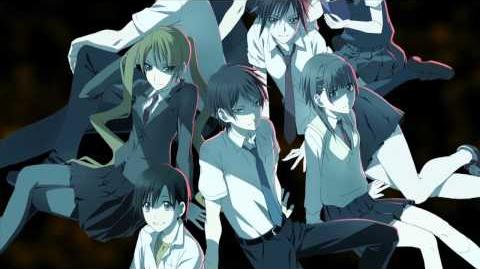 TVアニメ「M３～ソノ黑キ鋼～」PV１
Add a photo to this gallery

Retrieved from "https://m3.fandom.com/wiki/M3_the_dark_metal?oldid=7103"
Community content is available under CC-BY-SA unless otherwise noted.